This nourishing Peruvian soup is healthy and hearty, perfect for chilly nights up in the mountains or cozy winter dinners, wherever you live. 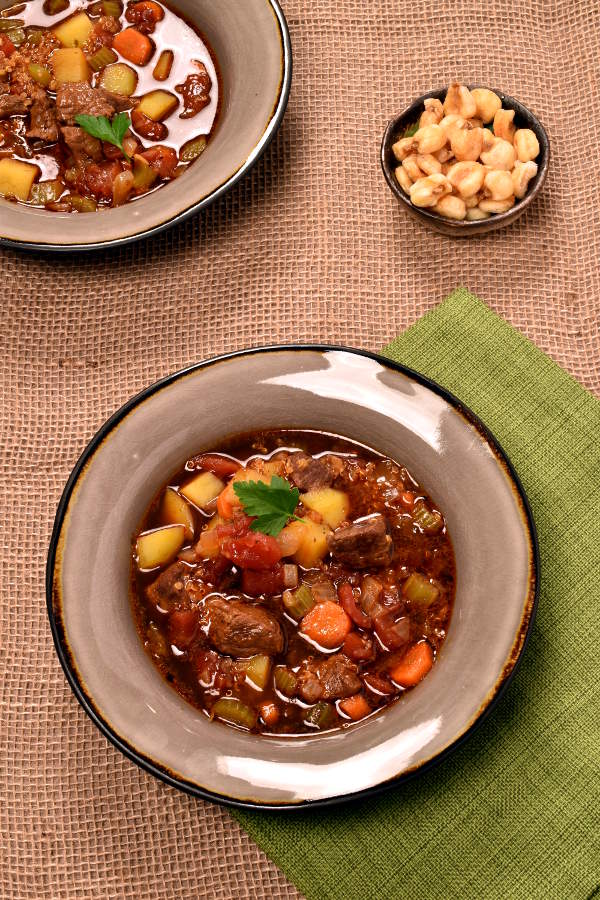 Here’s a little background on this recipe. I wrote about my trip to Peru before, when I shared this recipe for Lomo Saltado. I visited Peru in June (2013). Because it’s in the Southern Hemisphere, June is winter. It doesn’t get that cold in Peru because it’s so close to the equator, but, it does get kind of chilly in the mountains, especially at night, due to the elevation. I’d say it was in the low- to mid-40’s (Fahrenheit) in the mornings and evenings, cold enough to bring a jacket and hat and gloves, but not really that cold. (I could never tell because our tour guide always told us the temperature in Celsius. I’m okay with metric distances and weights, but temperature is still a little tough for me.) During the day I remember it being in the 70’s, warm enough for a T-shirt.

I loved every day of the trip. One day in particular, while driving through the Andes Mountains, we reached our highest elevation of the tour, a lookout point at 16,108 feet above sea level. The views on this drive were incredible. We drove back down after that, eventually getting to our hotel for the night in Coporaque, at just under 12,000 feet. It was a really cute little mountain lodge with a resident llama.

It was cold outside, and they made a fire in the fireplace in the dining room. The dinner prepared for our group there was so good. We had this soup to start, with beef and vegetables and quinoa. This soup just really hit the spot. I had multiple varieties of quinoa soup on that trip, some with chicken, some with beef, and some vegetarian. The soup at this lodge just stood out as the best to me, and I knew I wanted to recreate it at home.

By the way, the next morning, we left at 5am to drive to Colca Canyon to this spot to see Andean condors. The condors fly up the canyon and circle around the top of the canyon at the same time every morning, which is very convenient for tourists! This is not a travel blog, but I have to share a few pictures because it was so beautiful there. 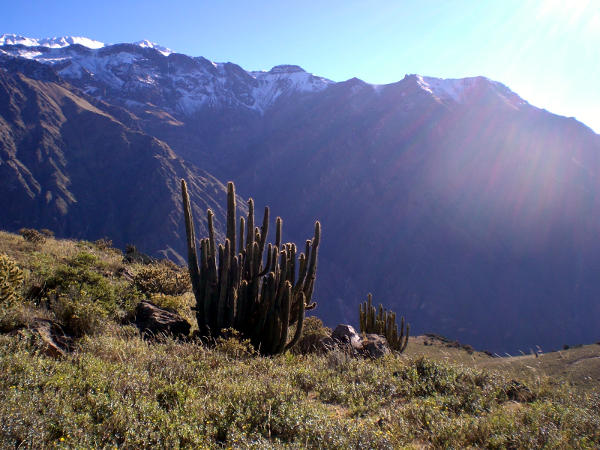 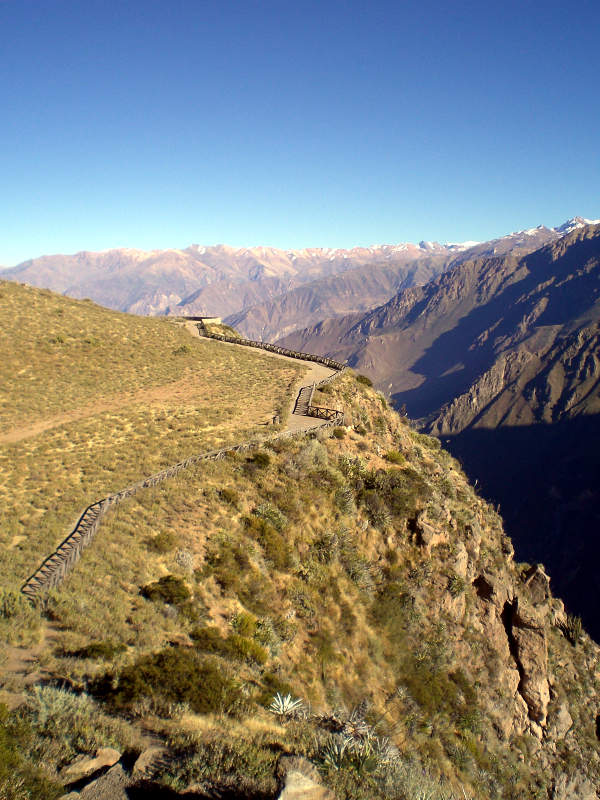 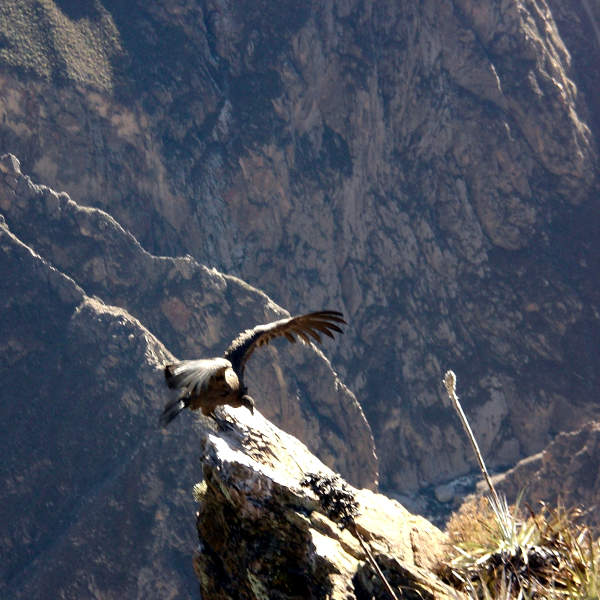 Back to the soup. This soup features quinoa, potatoes, and tomatoes, which are all from South America originally. Some versions add squash and beans. I used beef broth and added beef stew meat, but you could use chicken broth and add chicken, or make a vegetarian version with vegetable broth. 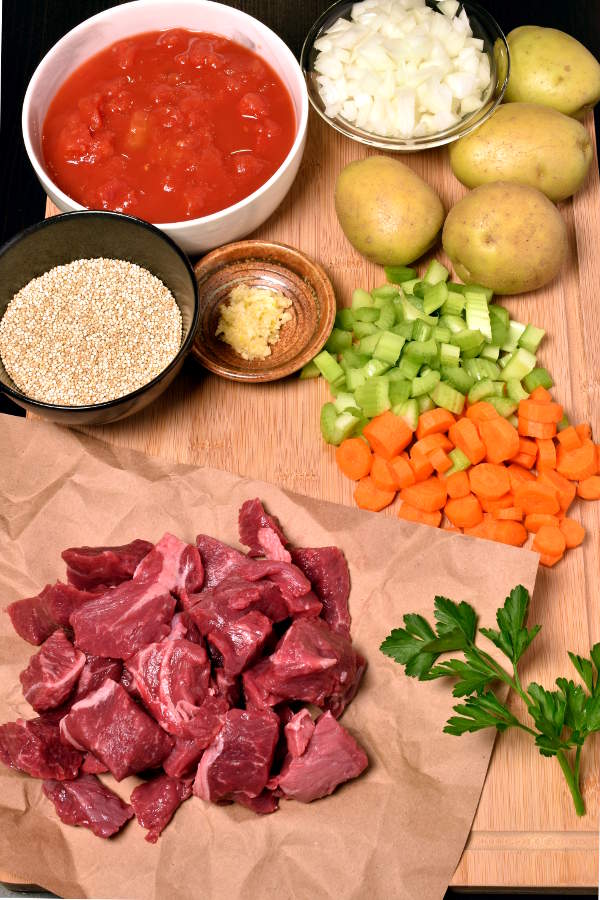 I started off browning the meat. 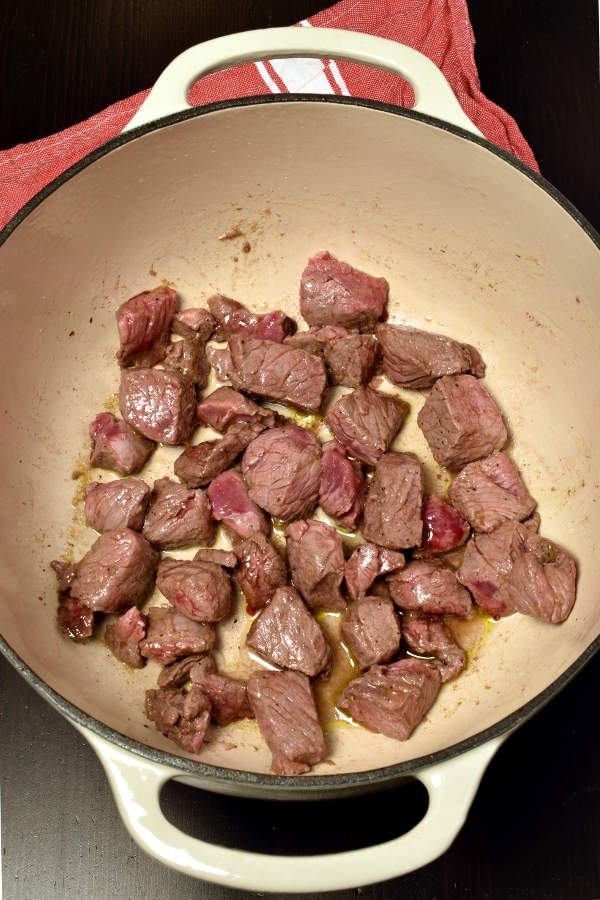 Then I removed the meat from the pot and cooked the mirepoix, the start of all great soups. 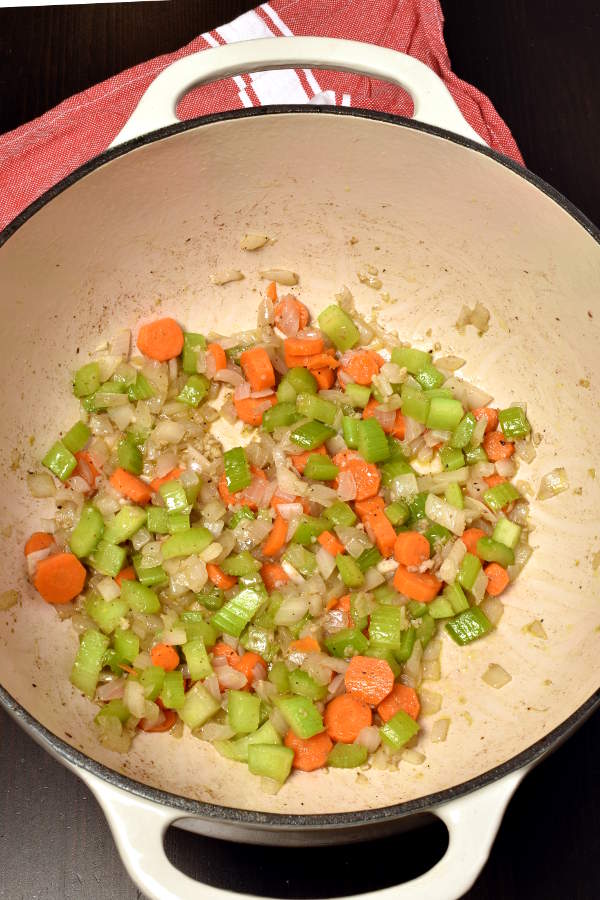 I added the spices, added the beef back into the pot, and added the liquid. Then I let the meat simmer for an hour. The potatoes and quinoa get added in closer to the end.

I like serving this with Inca corn (roasted salted giant corn kernels), which I found at Trader Joe’s. This kind of corn is served as a bar snack everywhere in Peru. I remember buying it as a snack for the bus too. It’s salty and crunchy and kind of addictive.

Since I made a big pot of soup for just the two of us, I have to tell you, the leftovers are great for lunches and dinners. I hope you give this soup a try before winter’s over. 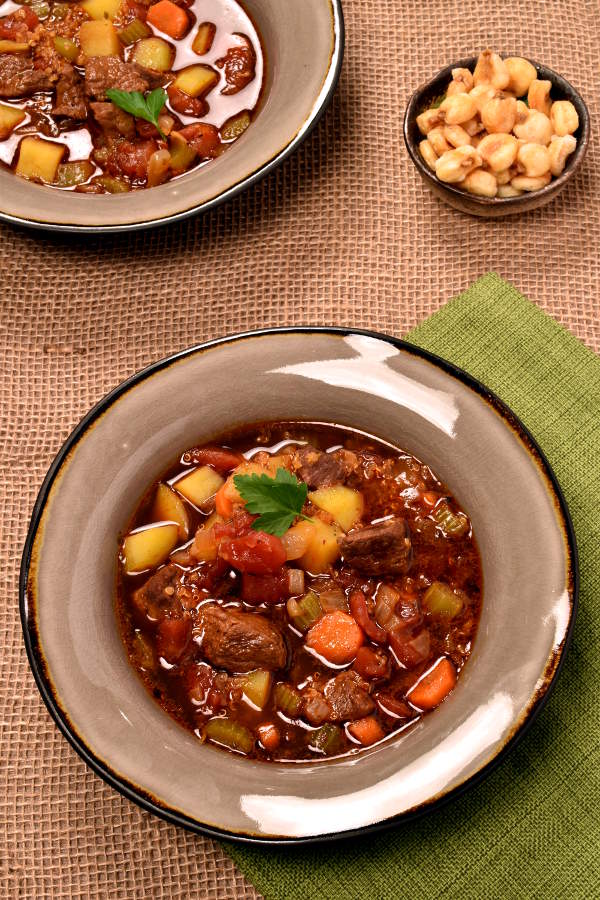