The Singaporean classic remade in one pot. Chicken thighs are braised over rice, infusing it with flavor. Round out the meal with stir-fried veggies. 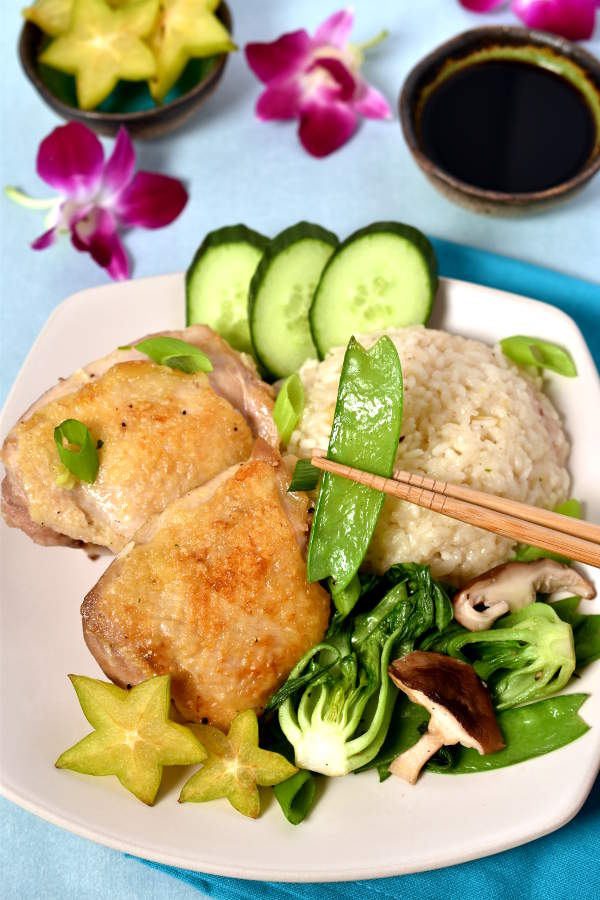 To avoid any confusion, this is not a recipe for authentic Hainanese Chicken Rice. I’ve made that before, using this recipe, and I wouldn’t try to improve on it. But, like last week’s recipe, this recipe has a strong Chinese influence.

The original dish, popularized in Singapore and Malaysia by Chinese immigrants from the Hainan province in Southern China, involves a whole chicken slow poached with scallions and ginger, rice cooked with fat from the chicken, and a bowl of the poaching liquid. The chicken is served at room temperature, accompanied with a variety of dipping sauces.

I have a good friend from Singapore who I met at college. I remember going to a Malaysian restaurant with her in Boston, and how excited she was to see Hainanese Chicken Rice on the menu. She told me it’s the national dish of Singapore.

Jonathan’s mom used to make a version of it for him growing up, poaching the chicken in a rice cooker. Jonathan liked this dish, particularly for its simplicity. It’s not a boldly flavored meal, so you really taste and appreciate the individual components.

Why mess with perfection, you ask?

A few things inspired my spin-off. First, neither of us are fans of room temperature or cold chicken. We both prefer eating the chicken when it’s hot. I vastly prefer the texture of the chicken skin when it’s been browned first. Don’t get me wrong, I do like poached chicken, just not the skin.

Using chicken thighs rather than a whole chicken speeds up the cook time. I love how the rice comes out when it’s cooked in the chicken fat, and I decided to cook it in the same pot with the chicken to save some cleanup. I was tempted to throw the veggies in the same pot to make it a true one-pot meal, but I decided to go for crisper veggies stir-fried in a separate pan. I’ve included a quick dipping sauce recipe from my mom. I usually see Hainanese chicken rice served with sliced cucumber. In a nod to the tropical island origins of the dish, I garnished mine with starfruit and threw on some edible flowers. 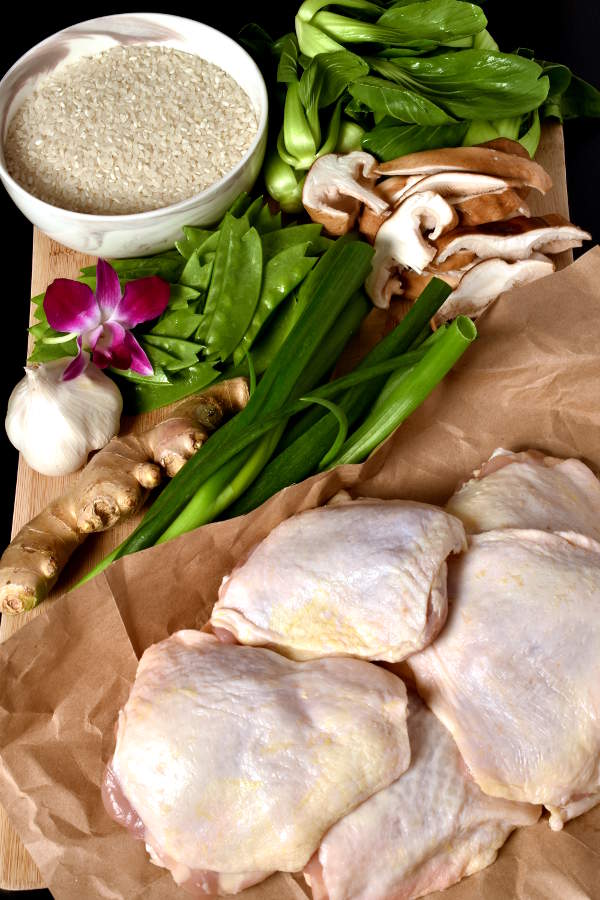 Look at how the chicken skin gets nice and browned. (I browned my chicken in two batches, this was the second half.) 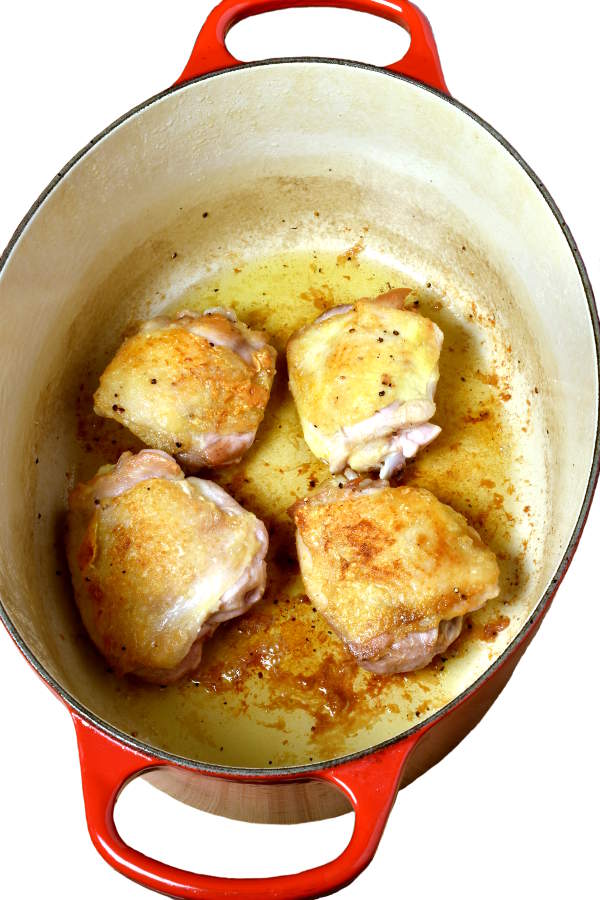 And you can never go wrong with stir-fried veggies. This side dish would go good with just about anything.

There’s one thing I want to let you know to make sure you get the best results from this recipe. In step 3, I note that you’ll have to stir the rice halfway through cooking. I used a large oval-shaped Dutch oven. During Round 1 of this recipe, the rice in the outer sides, where the pot was not sitting directly over the burner, didn’t get fully cooked. Stirring the rice halfway through solved the problem. Don’t skip that step! 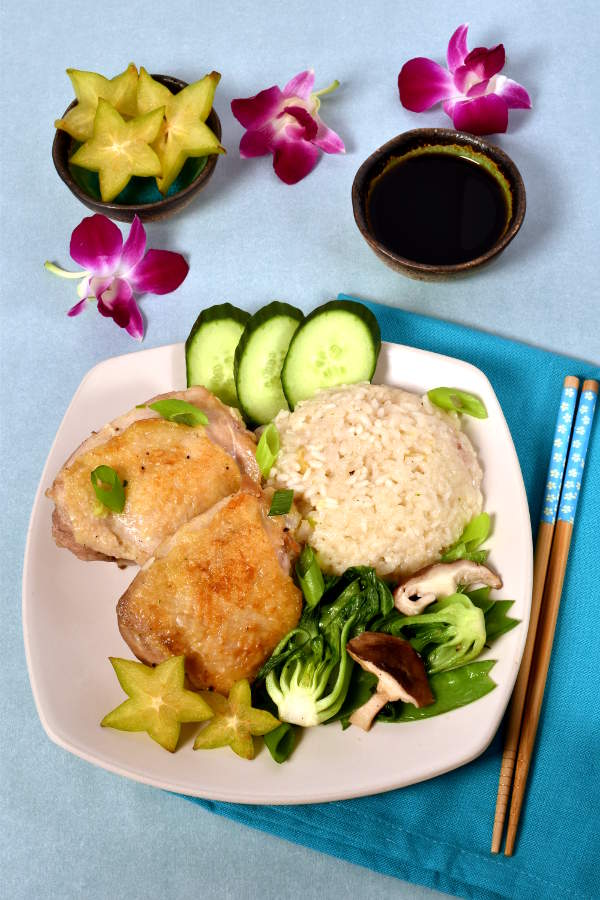