Boring chicken breast gets a makeover with a stuffing made from spinach, fresh tarragon, and Swiss cheese. Baked with asparagus and served with a creamy white wine pan sauce, this healthy chicken dish makes a special weeknight dinner. 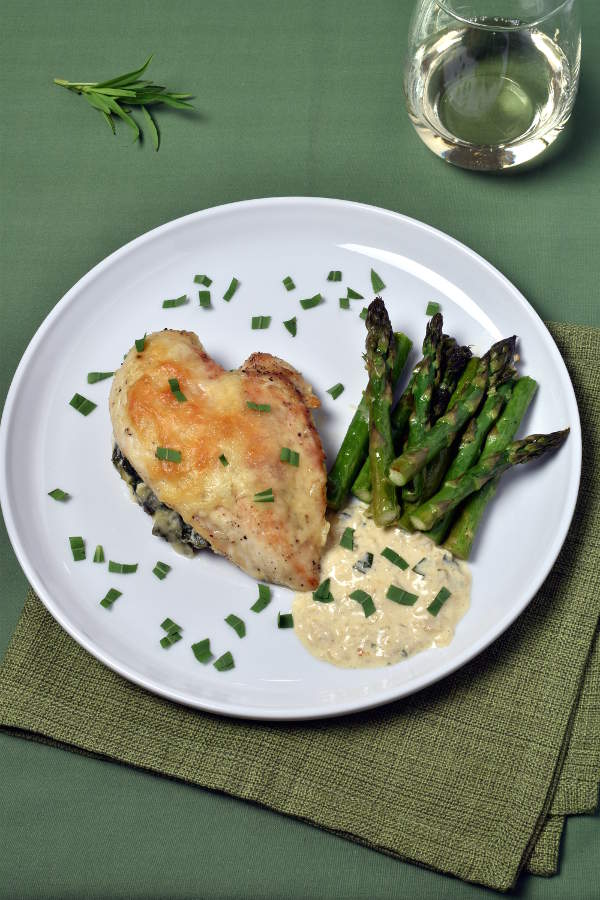 Thanks for all the comments on the Creme Brulee without a Blowtorch I shared last week. I made it again for some dinner guests this past weekend, and it was a big hit. I hope you get to try it yourself.

It also put me in the mood to create some more dessert recipes. But in the meantime, I have a healthy chicken dinner to share with you.

Let’s be honest. Boneless skinless chicken breasts are not known for their flavor.

When I was on a diet for a bodybuilding competition, I would eat plain baked chicken breast that became dried out or rubbery when I reheated it in the microwave. The funny thing is, I was hungry enough from the diet that it actually tasted good to me.

But now that I’m not dieting, I can’t eat them that way. I need to do something with them to make them taste good. One option is pounding the chicken breasts thin and smothering them in a bacon and mushroom sauce, like in my Bacon Chicken Marsala. Another option to keep white meat chicken tender and juicy is to use a yogurt marinade, like I do when I make Chicken Parmesan. A third option is to velvet the chicken, like I do with my Kung Pao Chicken.

For today’s recipe, I went with a stuffed chicken. There are four ways this recipe adds flavor to the chicken:

Lastly, the most important piece of advice I can give you for this recipe is not to overcook the chicken. Check it early, especially if you are using chicken breasts on the smaller side. You don’t want them to get dried out. White meat is not forgiving of overcooking.

Here are some of the main ingredients.

There are boneless skinless chicken breasts, some minced garlic, shredded Swiss cheese, white wine, and only a portion of the asparagus and spinach used. Other ingredients not pictured: olive oil, chopped tarragon, salt and pepper, butter, shallot, chicken broth, and heavy cream.

I would really like this recipe to serve one piece of chicken per person, so I specified 4 boneless skinless chicken breasts. You know, if you’re having a dinner party, you want to give someone a whole piece of chicken. It looks better on the plate than half a piece. However, I know chicken can really vary in size. From the same supermarket, I’ve bought boneless skinless chicken breasts weighing everywhere between seven and 13 ounces. I would have preferred to buy smaller ones for this recipe, but they only had larger ones available when I was shopping. So even though this recipe says it serves four, it was really six servings for us.

The varying size of chicken breasts also makes it hard to specify the cook time for the recipe. I said it before, and I’ll say it again. If you are using smaller chicken breasts, check them early to make sure you don’t overcook them.

On a different note, for the shallot, I used the food processor to mince it. I don’t have knife skills. For the pan sauce, you really want that shallot finely minced and not chopped. 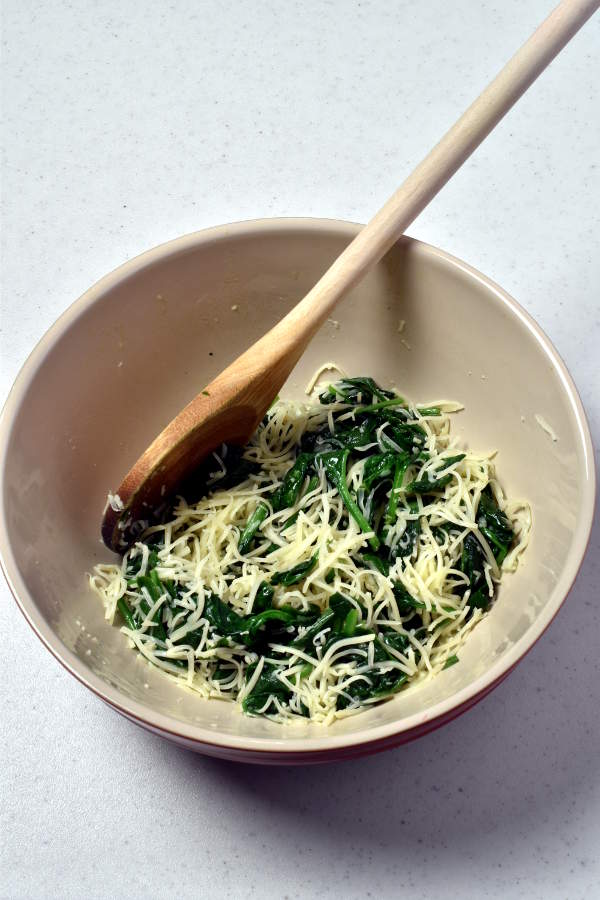 Here I lined them up and stuffed them. After I took this picture, I pulled the sides closed. I didn’t use a toothpick or anything to hold them together, and I had minimal filling leak out. 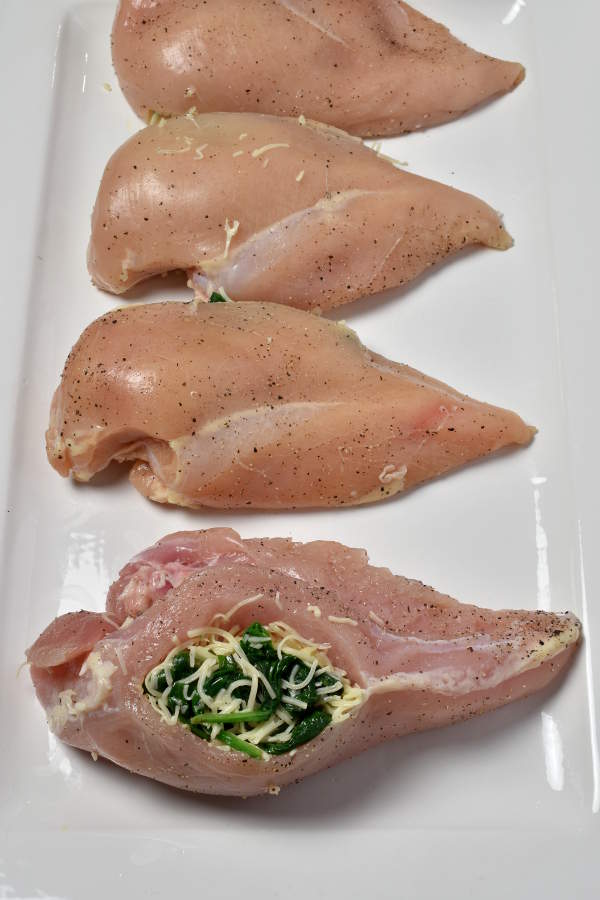 Then quickly browned them. 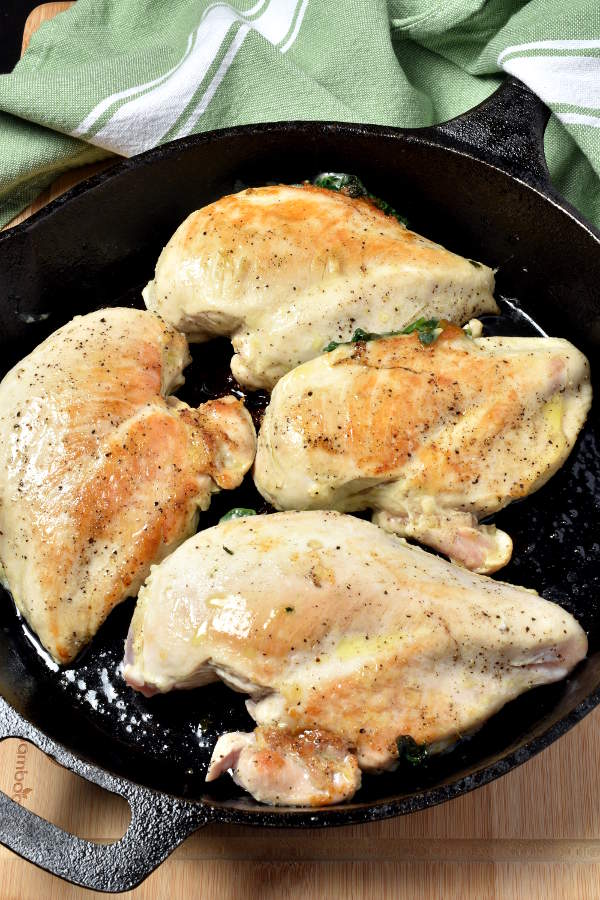 While the chicken was baking, I made the pan sauce. You know it’s thick enough when you can scrape the pan with a wooden spoon and it will leave a trail. 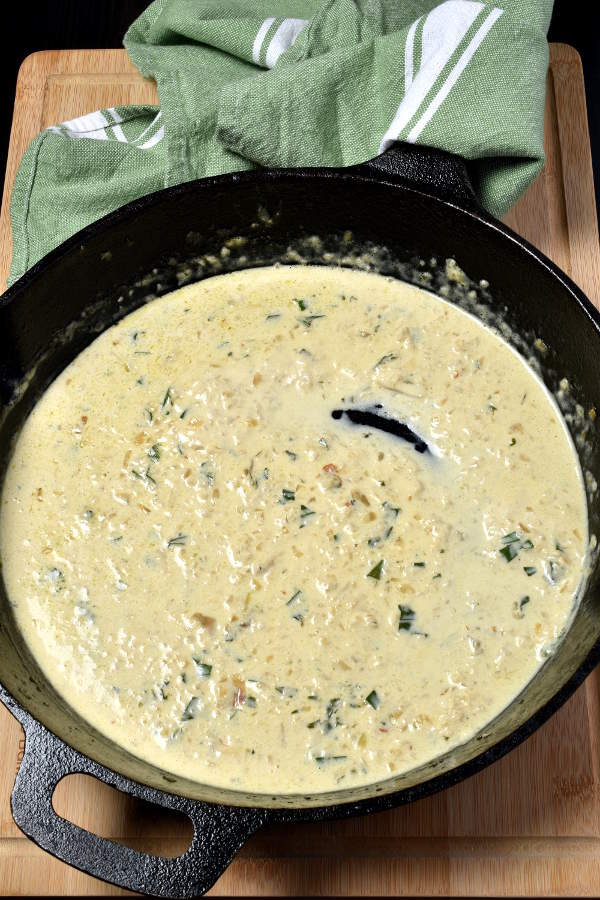 Here’s the chicken out of the oven. (I just nestled the asparagus in wherever it fit.) Look at that golden brown cheese topping. 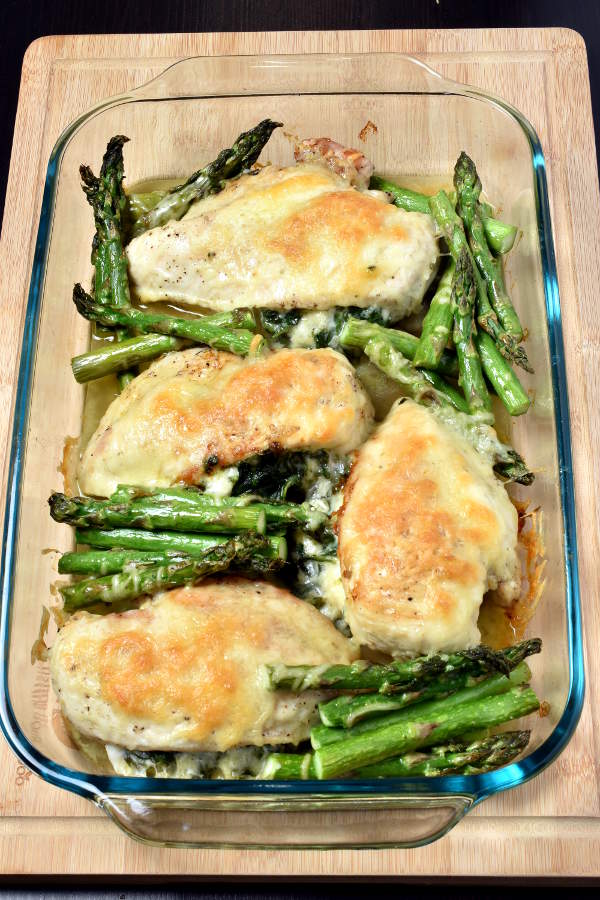 If you eat carbs, I would serve this meal with a good crusty bread. We ate it with garlic bread one night and with some leftover spaghetti another night. (By the way, I reheated the chicken in the microwave and it didn’t get dry, but if you have leftover pan sauce, it does separate with reheating.)

I hope you’ll give this recipe a try for your next spring chicken dinner. 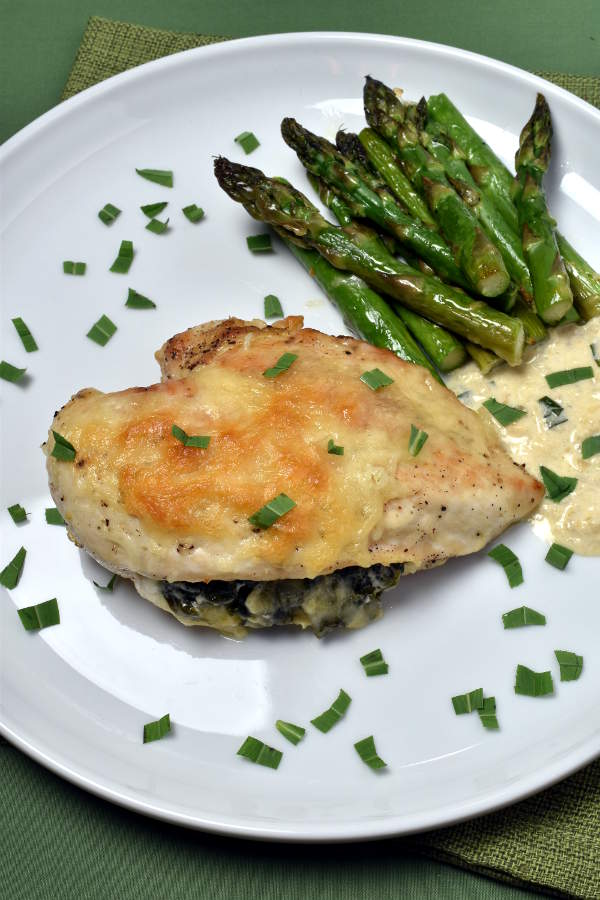 Pan sauce adapted from Sur La Table (I have a paper copy of the recipe, but I can’t find it online to link to.)