Egg noodles with a sour cream and mushroom sauce get topped with seared steak in this classic Russian dish that has become a global comfort food. 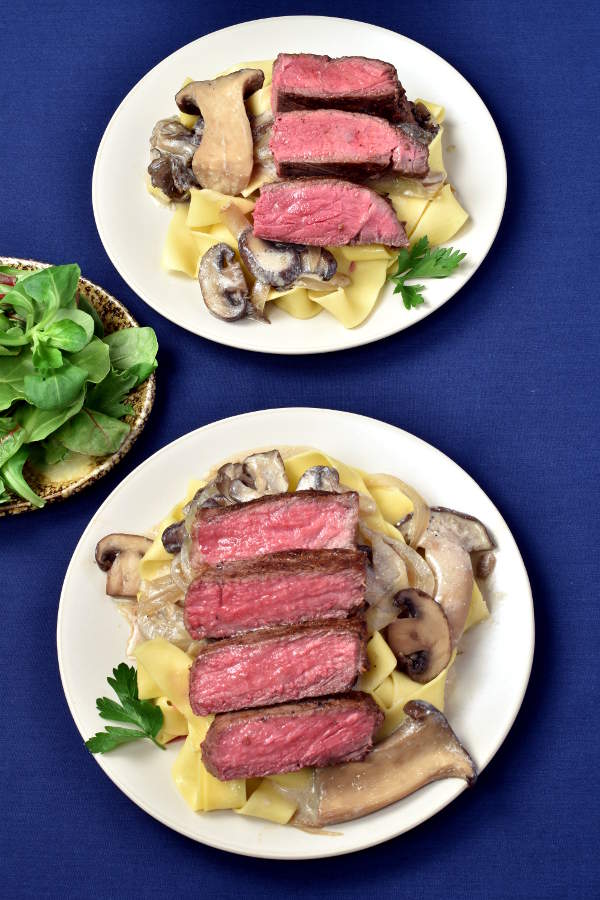 Today’s recipe has two of our favorite foods, steak and mushrooms. Beef stroganoff is traditionally made with sautéed cubes of beef mixed in the sauce. For my version, I like to add sliced steak at the end to let the meat be the star of the show, so to speak. As I mentioned in my recipe for Steak with Homemade Potato Chips, I like fatty center cut strip steaks for everyday meals as a good price compromise between ribeye and something like flank steak.

I love getting fancy with the mushrooms. I used 10 ounces cremini aka baby portabella mushrooms, three ounces maitake aka hen of the woods mushrooms, and three ounces royal trumpet mushrooms. (There are so many different names for mushrooms! I get confused at the grocery store when the cashier asks what kind of mushrooms they are. I have to guess what it’s called in their system.) But any kind of mushroom you like will be great in this recipe. Don’t shy away from plain white button mushrooms. This mushroom sauce is a nice light coating for the noodles and adds a rich creamy flavor to the meat, similar to the sour cream and mushroom sauce in my Polish Style Pork Tenderloin recipe.

In this recipe I use pappardelle, which are wide Italian egg noodles. Twisted egg noodles are also good with this dish. (I like those too because they sell whole wheat versions of them.) I basically pile up the noodles, smother in sauce, and top with steak. If you prefer your stroganoff to look more like the original, mix the steak in with the sauce before serving.

Here are the main ingredients. There are two center cut strip steaks, sour cream, the mushrooms, onions, and dried egg pappardelle. Those are only a small fraction of the mushrooms I used. 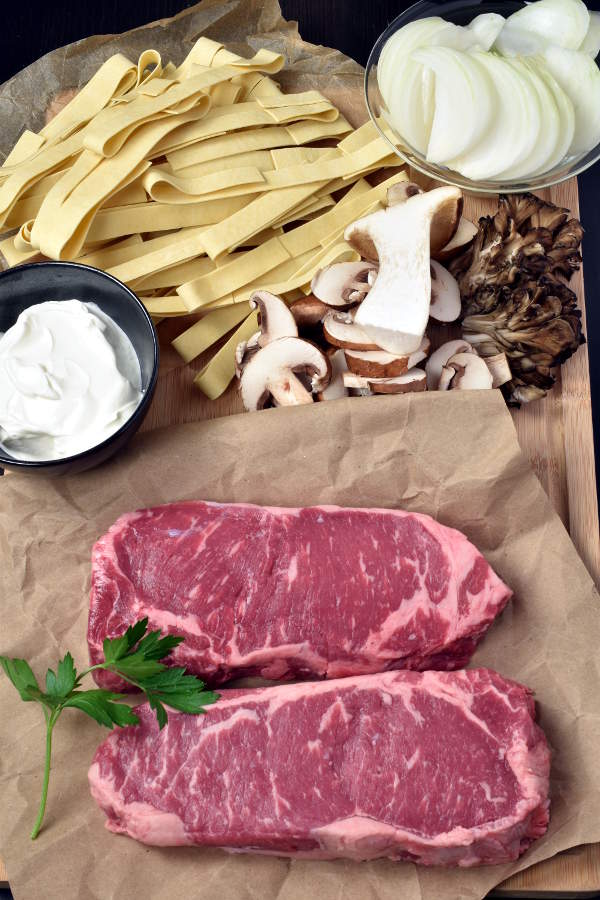 While the pasta was cooking, I started out sautéing the onions and mushrooms. 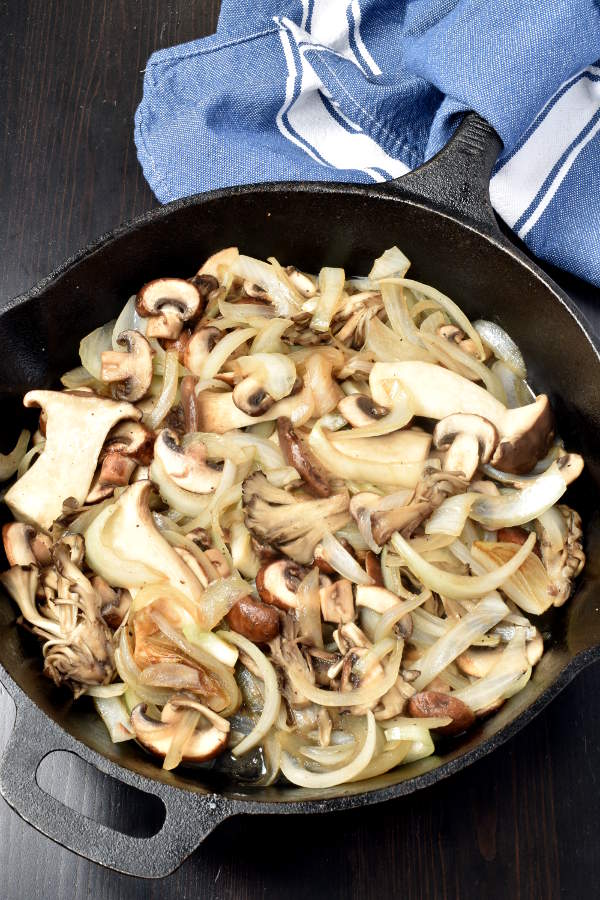 Then I seared the steak. 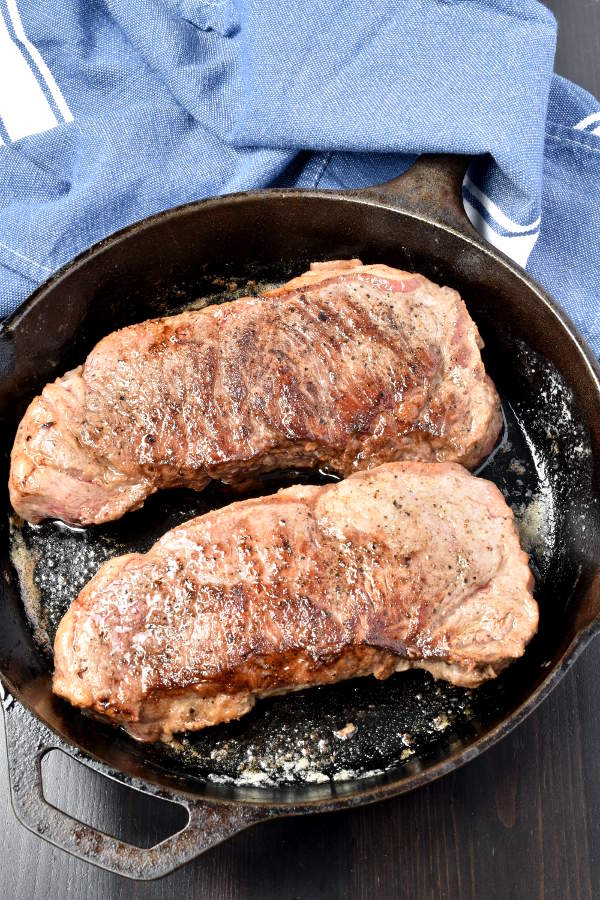 While the steak was resting, I finished up this creamy mushroom sauce. 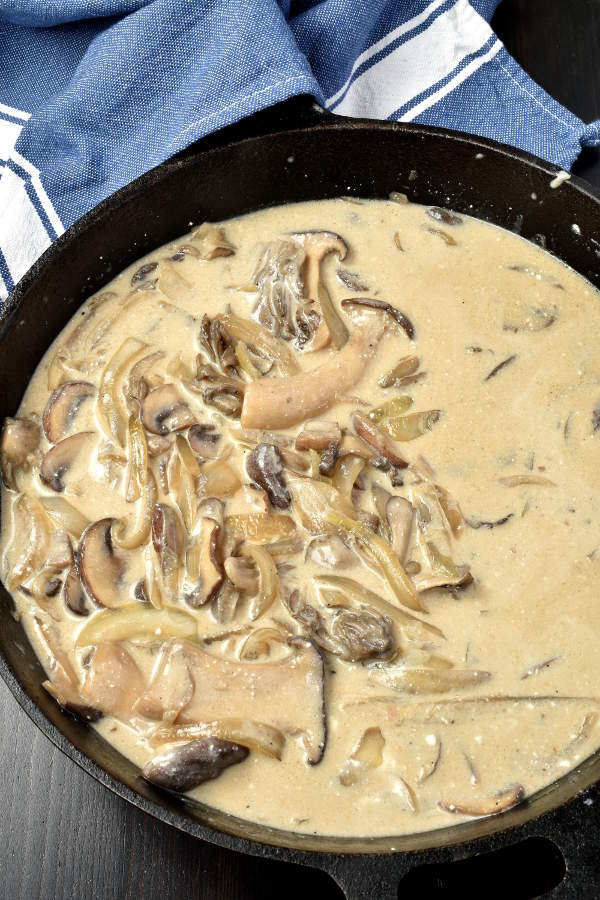 I sliced up the steak and dinner was ready. 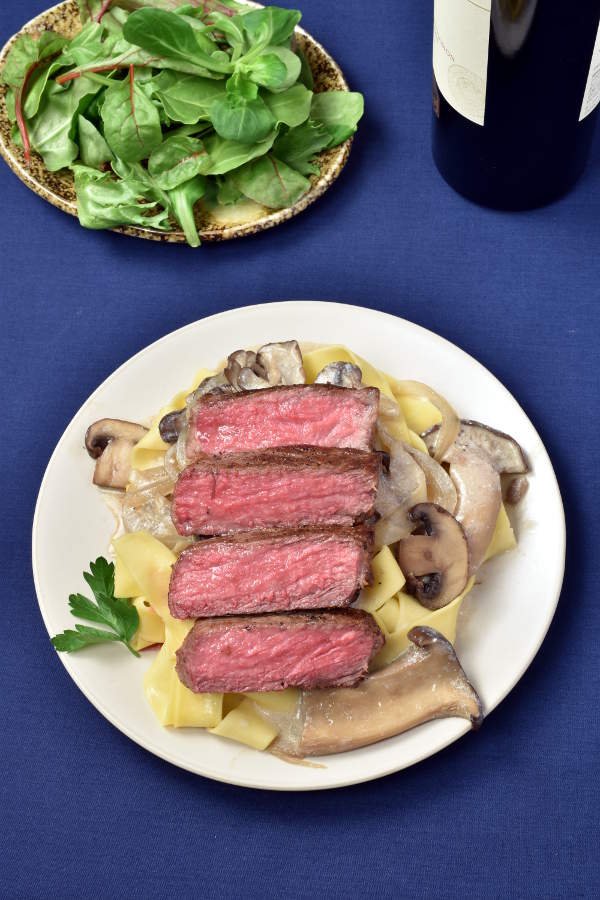