Dried shiitake mushrooms are used in Chinese cooking and other Asian cuisines to add an intense umami flavor and fragrance to soups, stews, stir-fries, braised dishes, and more. The soaking liquid can also be used to add a rich mushroom flavor to soups and sauces. 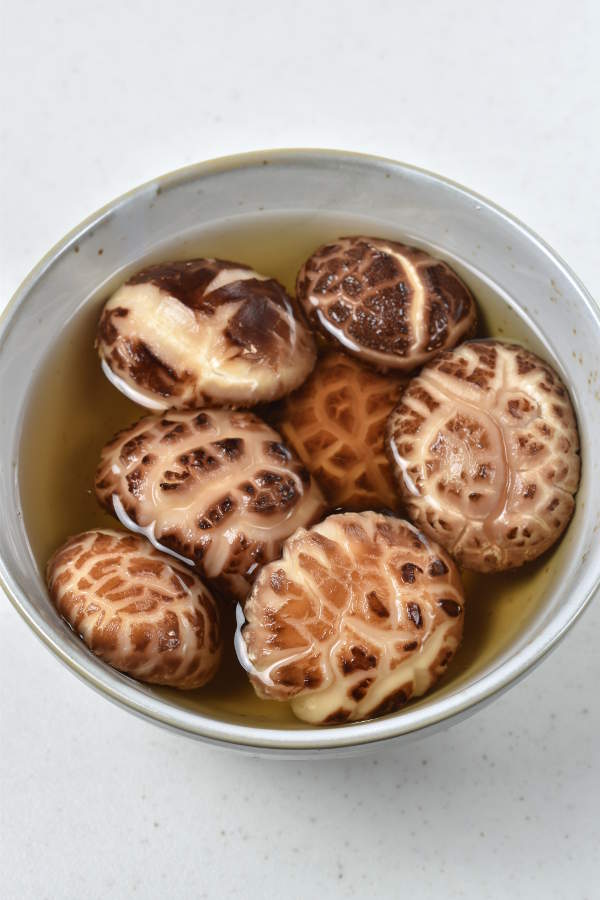 Dried shiitake mushrooms, also called black mushrooms, are a staple in Chinese cooking. I have to admit, I never cooked with them before, until my mother-in-law gave me a large bag. Honestly, I was a little skeptical. Fresh shiitake mushrooms are available in my supermarket year-round. Why would I want to use dried mushrooms instead of fresh ones?

After experimenting with the mushrooms and using them in different dishes, I get it. The flavor and fragrance from dried shiitakes is much stronger than from fresh mushrooms. As soon as I opened the bag, there was this powerful mushroom aroma. Dried shiitake mushrooms have a meaty smoky flavor which you just don’t get from fresh mushrooms. Shiitake mushrooms also contain glutamate naturally, which gives the mushrooms that savory umami taste that makes Chinese food taste so good, without using additives like MSG.

The mushrooms in the below picture are called flower mushrooms because the cracks on the cap look like a blooming flower pattern. Flower mushrooms are the most expensive type of dried shiitake mushroom and are considered to have the best flavor and be the highest quality. 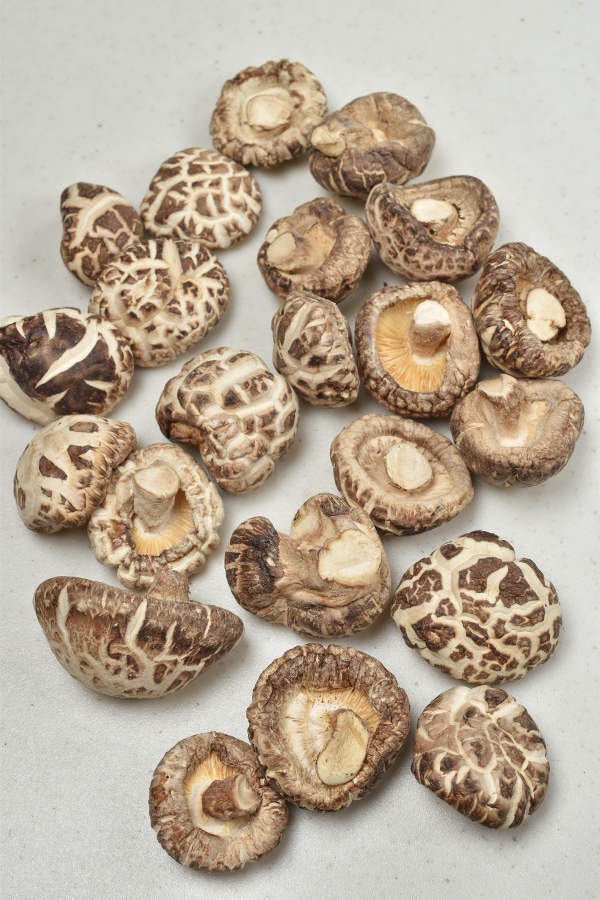 How to store Dried Shiitake Mushrooms

My bag of mushrooms had an expiration date of 3 years from the packaged date. Dried mushrooms should be stored in a cool dry place, in a Tupperware or glass container. Since our house tends to be very humid, we store ours in the fridge.

How to Rehydrate Dried Shiitake Mushrooms

If you’re in a hurry, you could pour boiling water over the mushrooms and soak them for 20 minutes. However, they retain their flavor best with a long soak in cold water.

First, rinse the mushrooms under cold water and rub off any grit.

Next, place the mushrooms in a bowl or container of cold water with the caps facing up. 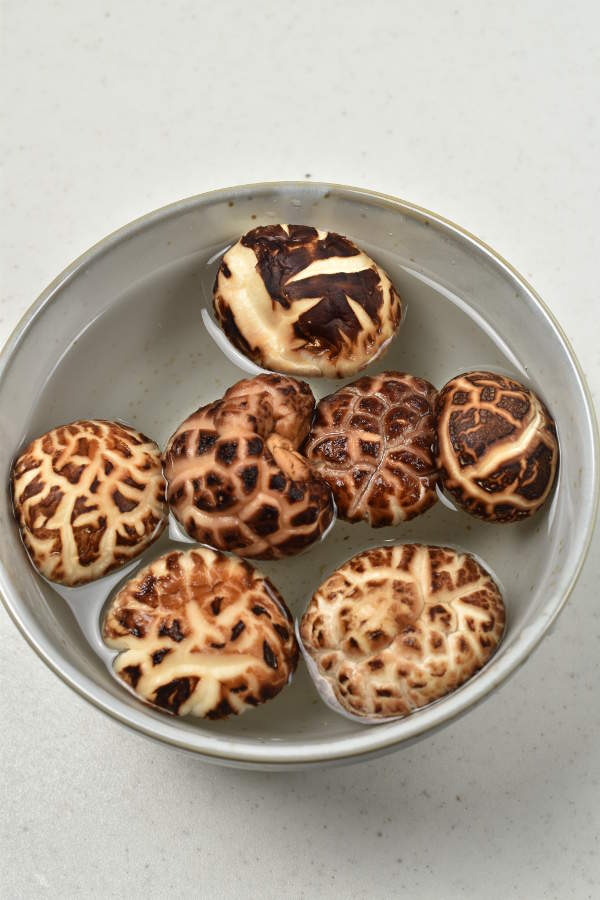 The mushrooms will float to the top, so you need some type of cover to keep them submerged. I used a small rimmed plate over the bowl to push the mushrooms down into the water. 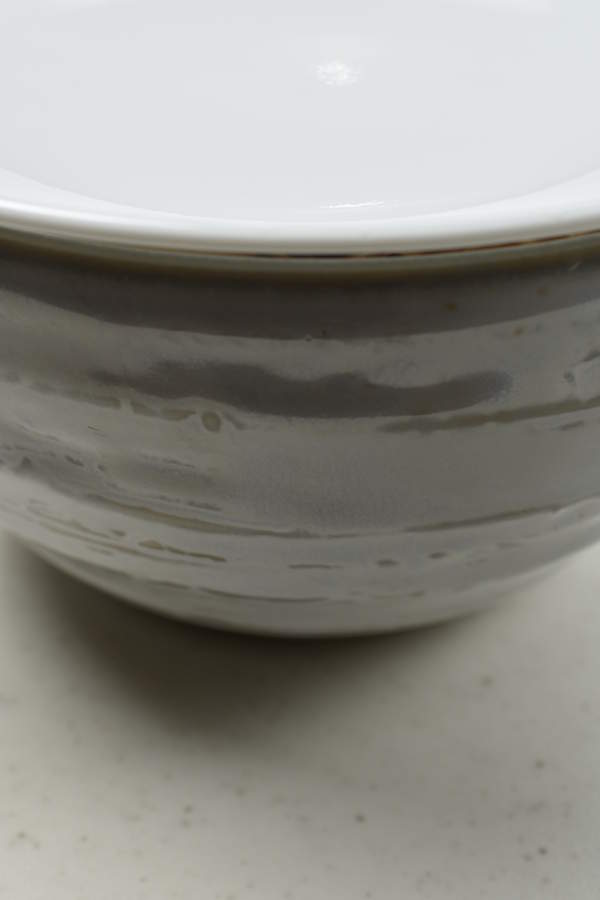 Put the mushrooms in the fridge to soak for at least 24 hours. Here’s what they look like after soaking. 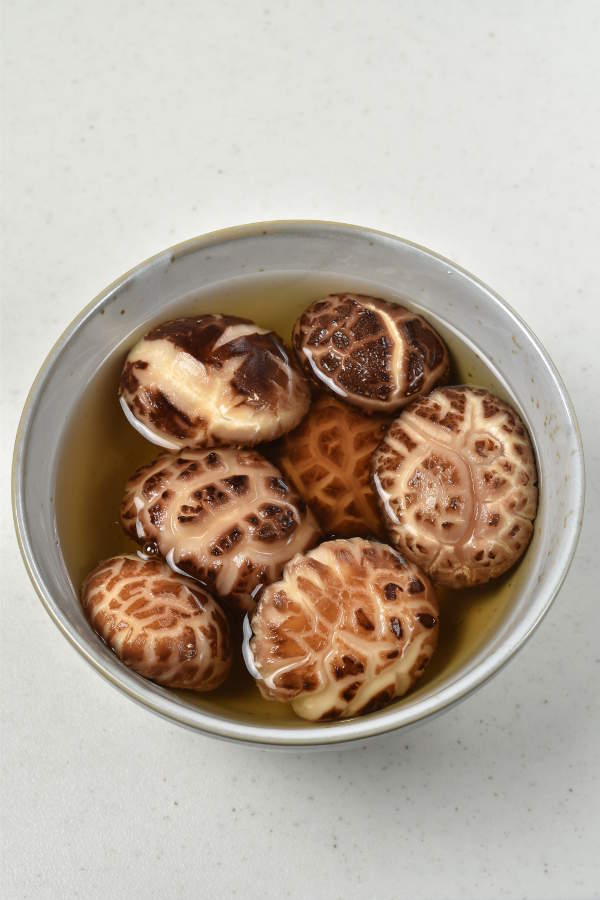 At this point, if the mushrooms feel gritty, you can rinse them under cold water again. However, some people think that washes away some of the flavor, so you can also just rub off any dirt in the soaking water. Mine were pretty clean, so I didn’t need to do anything.

If you are using the mushrooms in a stir-fry, you can gently squeeze out some of the extra water. For a soup, it doesn’t matter. The stems are too tough to eat, even after rehydrating, so cut those off before slicing the mushrooms.

If you aren’t going to cook with the rehydrated mushrooms right away, store them in the fridge.

You can see in the photo above the water turned brown from the mushrooms. You can pour this water through a cheesecloth or simply scoop it off the top. (Don’t use the water in the bottom with any solids.) This liquid can be used in any recipe where you’d use mushroom broth. 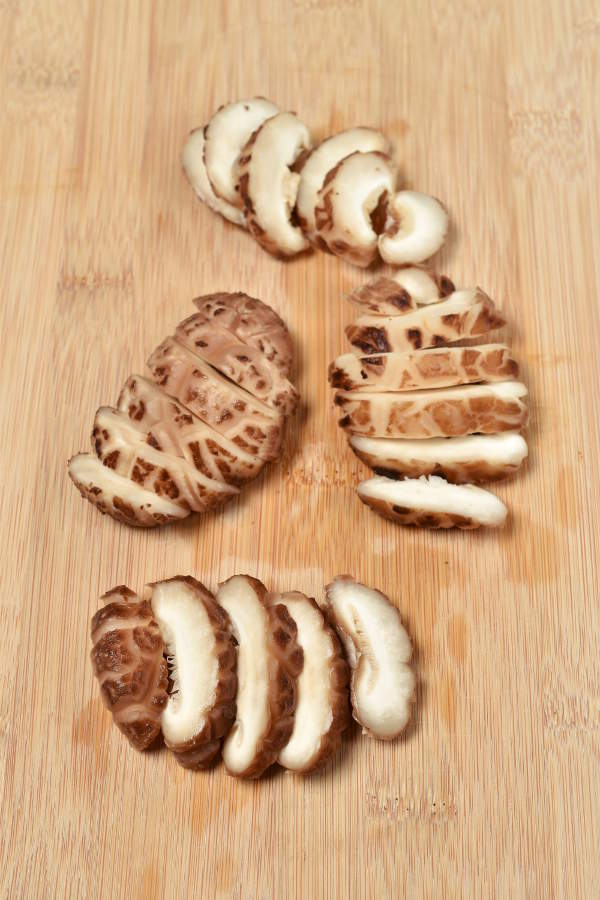 I recently used these mushrooms in a soup recipe, which I’ll be sharing with you on Wednesday. The mushrooms added such a wonderful flavor to the broth. Stay tuned for the recipe! (Update: Get the recipe for Chicken and Sweetcorn Soup here.)

In the meantime, these mushrooms would be great in lieu of fresh mushrooms in Beef Sukiyaki or Chicken and Vegetable Ramen.