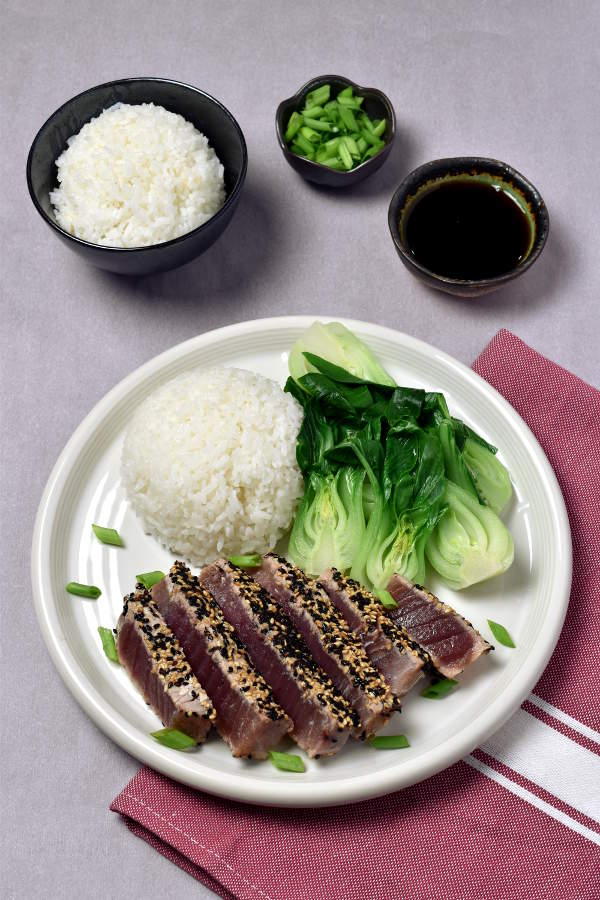 As I mentioned in my last post, I can never say no to a good steak. And today that steak we’re going to talk about is a tuna steak. Ahi tuna, also called yellowfin tuna, is commonly used in raw fish dishes, like sushi or poke.

Do you guys like sashimi? Poke? Ceviche? If you don’t like raw fish, I’ll point you to my other seafood recipes, most of which feature cooked fish or shellfish.

This recipe really won’t be the same if you cook the tuna all the way. Cooked tuna steaks flake just like tuna from a can, and you won’t get that tender fish with crunchy-crust combo. When the tuna is still rare inside, it also picks up the flavors from the sesame oil and soy sauce.

I bought these ahi tuna steaks frozen from Trader Joe’s. I didn’t want to spend nearly $40 a pound for sushi-grade tuna, so I’m hoping their supplier follows FDA guidelines about keeping it frozen at a certain temperature for a certain period of time to kill any parasites. (Regulations on this vary.) I am by no means a food safety expert, but if you want to read more about this, I’ll point you to this article from Serious Eats.

If you enjoy rare fish or would like to try it, this recipe is for you. The tuna cooks very quickly, perfect for hot weather when you don’t want the stove on for long. The 15-minute cook time on the recipe is no joke. Make your rice before you start cooking so it’ll be done on time. The Asian flavors in the fish go well with rice and baby bok choy. My recipe also includes a really simple three-ingredient dipping sauce that’s good over the tuna or the rice. And it’s super healthy. Try something different from the usual salmon and broccoli!

Here are the main ingredients. Those are two ahi tuna steaks, some baby bok choy, and white and black sesame seeds. You can definitely use all one color sesame seeds if you don’t want to buy a second package. 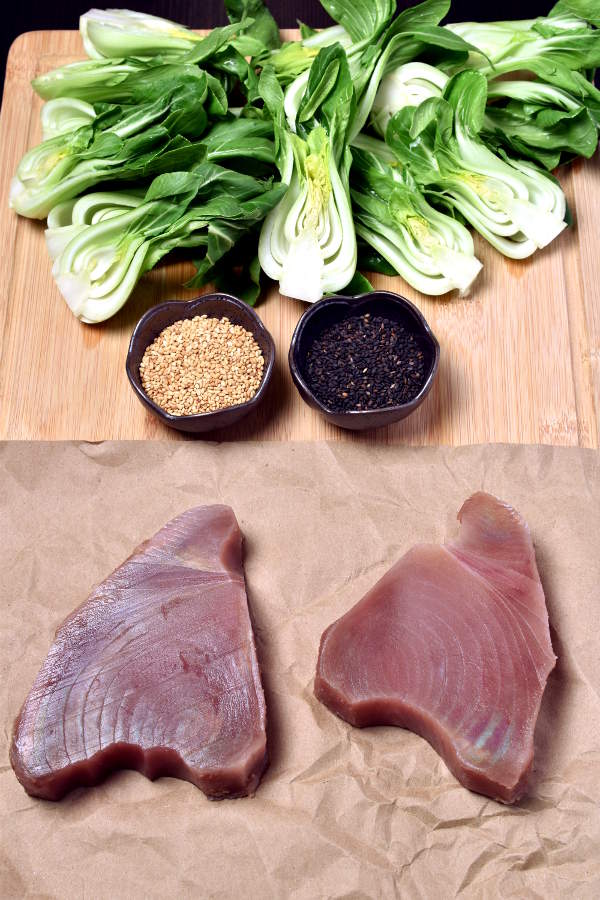 By the way, I’ve always called this type of bok choy, labeled Petite Shanghai Bok Choy at my supermarket, baby bok choy. Jonathan, who grew up eating a lot of Cantonese Chinese food, told me he would never call it that and it’s just bok choy. But baby bok choy sounds so cute!

Oh, and if you don’t have baby bok choy, any green veggie will do.

I rubbed some soy sauce, sesame oil, and black pepper all over the tuna steaks, then coated them in sesame seeds. Since there’s already salt in the soy sauce, I don’t use salt here. 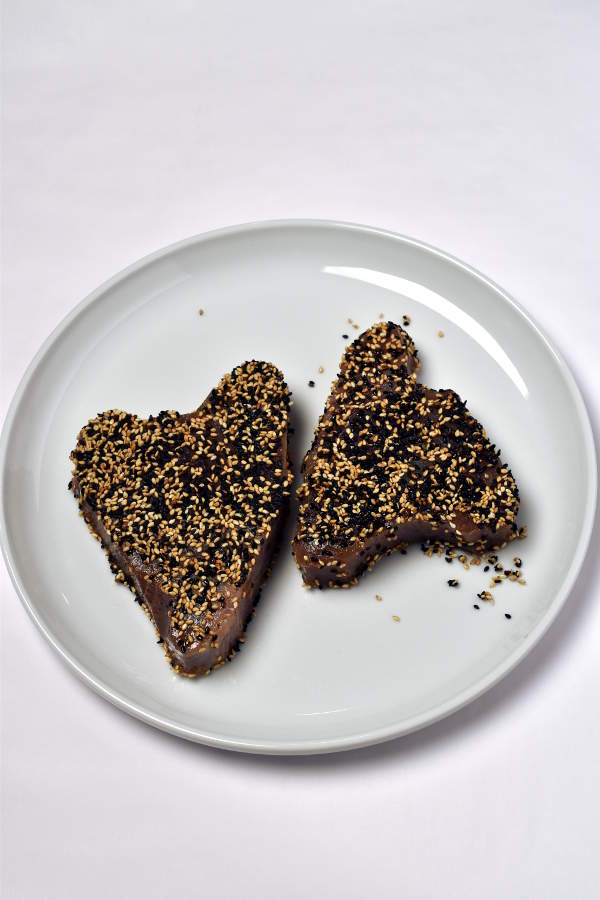 I seared the tuna for about a minute per side. True story: The first time I made this recipe, I left the tuna in the skillet to take a photo of the cooked tuna in the skillet. By the time I took the photo, the tuna was cooked through. So remove it from the skillet immediately after cooking and let the fish rest on a plate or cutting board. 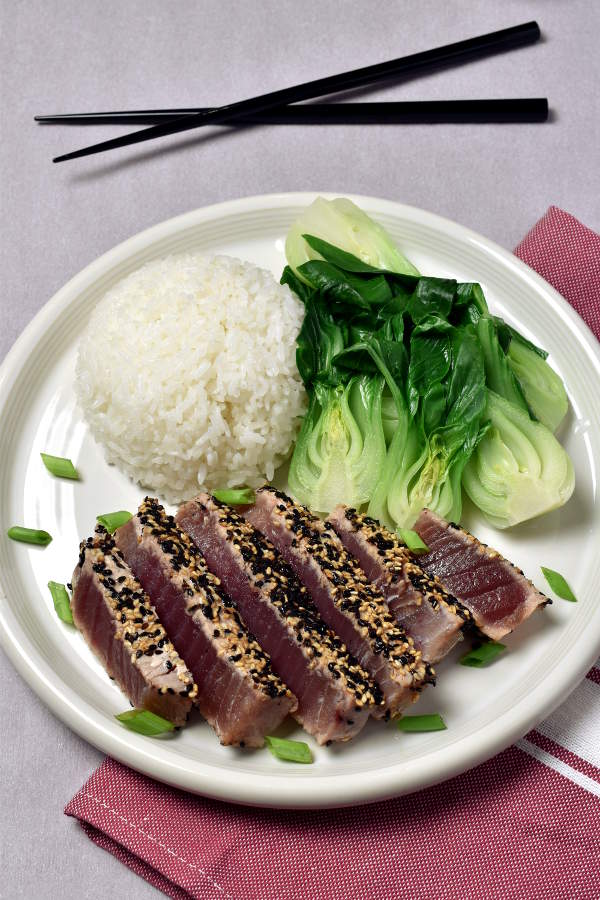 Calories do not include rice.